Today it is no longer possible to imagine an exhibition without multimedia. Even in its most modest version, at least an audio guide will be presented.

The multimedia and interactive system is a complex of equipment - projectors, computers, monitors, touchpads, software.

Also, the entire extensive line of interactive technology can be divided into projection, touch and non-contact. 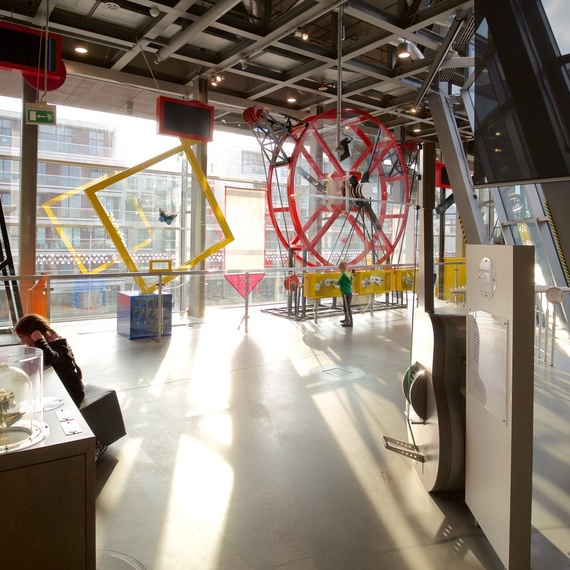 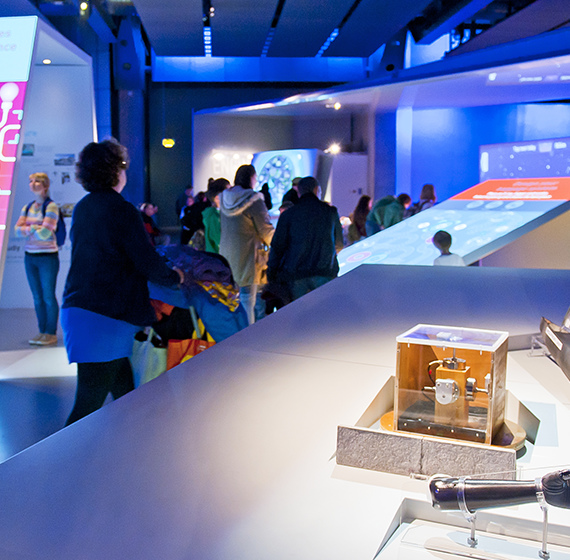 It is a technology of projecting an image onto a three-dimensional object (building, model). As a result, the object acquires new characteristics. The viewer can see the inside of a building, a volcano from the inside, animals among trees, etc.

Most importantly, the user can select the viewing modes. Thus, feel like a light show director.

It is clear from the name that the screen in this case is placed over the entire area of the circular room. At least 8 projectors simultaneously display images on it.

Video projectors can be used not only for staging grand shows. They perfectly cope with such a task as directing the flow of visitors along a given route. Signposts, arrows, information signs can be projected on the floor, wall, or any other plane in the room.

Rather, it is a device that resembles a book in appearance. An image is projected on top of the plastic structure. Pages are flipped and the image changes.

This is a layout that is equipped with sensors. When a tablet or smartphone with a mobile app is pointed at this point, programmed actions are performed on the layout.

It can be a change of the season, switching on the evening lighting, changing the color of buildings, increasing the number of storeys and much more. It depends on the task that was solved when writing the software.

A very convenient design. Allows guests to get practically all the information they are interested in on their own. It is enough to put such constructions in the places of the main congestion of visitors, and they can always use them. The devices are equipped with vandal-proof screens, and can be installed even on the outside of the building.

This is essentially a video panel that broadcasts an image that has been pre-loaded into a computer. The image can also be controlled. Flip through, slow down, repeat, etc. Up to 10 people can use this table at the same time. In this case, the interaction can take place in the form of a game.

In addition to audio information, a large amount of visual information has been added to the AR-guides. The tagging system placed on the exhibit allows users to easily navigate among any number of exhibits and get the information they are interested in.

Allows to organize control of exposure elements by means of hand gestures. For example, a large monitor (LCD or plasma panel) displays a photo album, and the visitor gestures without touching the monitor surface can flip this album to any side. With another gesture, the photo can be enlarged, etc.

Any surface with an output image can be used for the non-contact system.

There are many more creative possibilities for placing and presenting information in museums and other cultural institutions than described in this material.

Depending on the specific task, a solution is offered. Any, even the most ambitious idea can be realized!